"Please prepare for landing" the Condor's sounds from the speakers machine shortly before landing in Cape Town. Looking through the window of the Hapag-Lloyd is the flagship already fleet, to recognize the MS Europa 2. On the day docked at the cruise ship at the port of the waterfront and now waits for his big passenger change. The departure for the route along the East coast of Africa about Madagascar to Mauritius will take place in the evening. As we reach already in the morning, the whole day for sightseeing available is us. Two of the most popular attractions in Cape Town are on the one table mountain and the Cape of good hope. We have us already decided in advance of the latter and for equally reserved a rental car. Car rental in South Africa are relatively cheap for European conditions and so we pay approx. for a VW Golf 25 Euro daily rent. At this point, cheaper mietwagen.de is recommended, about which we have ordered tens rental cars in recent years. There is still never problems.

On the way to the Cape of good hope

We take the car and ourselves with the help of our Navis immediately on the way. On recommendation, we take the route over the so-called Chapmans Peak and enjoy the magnificent view over the Bay "Hout Bay". After a short photo stop we continue on one of the most beautiful routes of the world trip. In the rearview mirror, we have this steadily majestic-looking table mountain in sight. An impressive scenery here offered one at the end of the world. 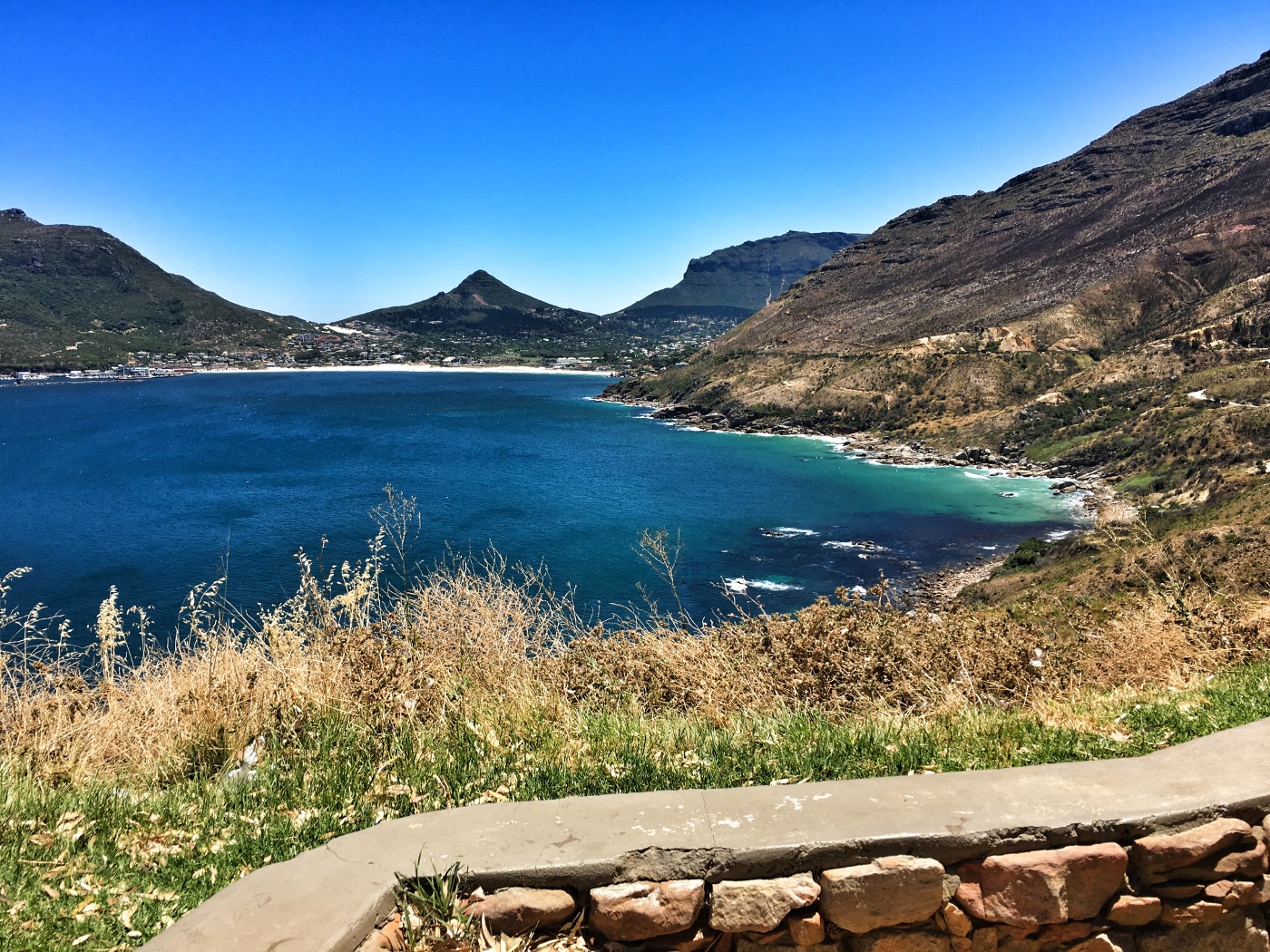 We reach the entrance of 77.5 square National Park with its impressive landscape, numerous hiking trails and secluded beaches. Signs warn visitors on the "baboons", the native baboons, to watch. They steal the belongings from the car window open quickly. A car park from where shuttle buses to the nearby cable car makes last stop of the trip. With the help of the Flying Dutchman funicular back a piece we are approaching our goal. Still a little walk is imminent and we reach the 1860 built "old" lighthouse of Cape of good hope. 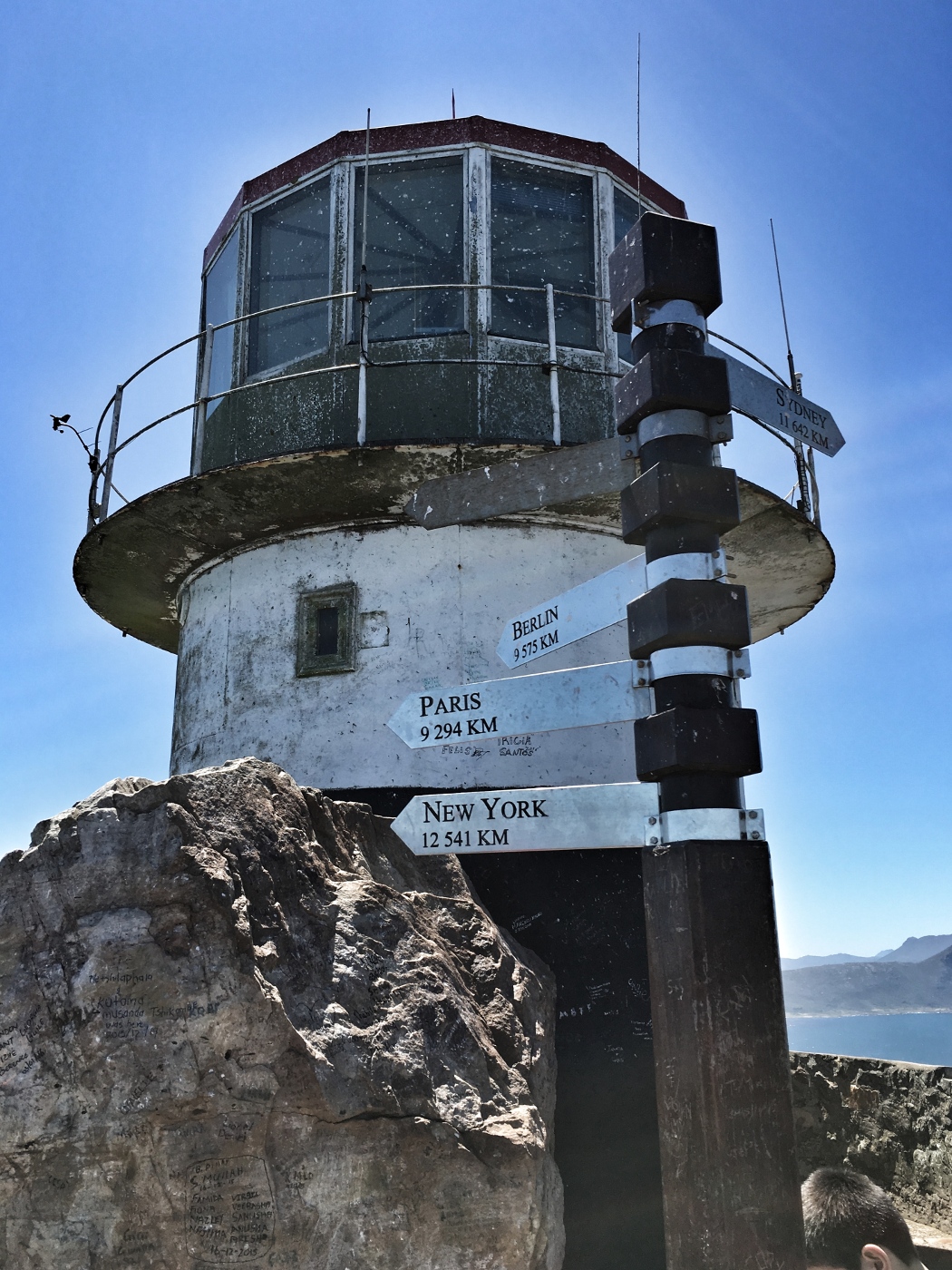 Lighthouse at the Cape of good hope

At that time too high built, it was constantly in the fog. A "new" Lighthouse had to be built in 1919 at a significantly lower point.

It reaches the end of the world

The views here are gigantic. We are at the end of the world and before us meet the waves of the Atlantic Ocean to the Indian Ocean. A sublime sight we give us some time and the very best weather. We take the way back so slowly and choose us for the ride along the East Coast. Pass small town such as Simon's town (known for its penguins) and Muizenberg (known as Surfers Paradise) always for a short stay worth that.

After submission of the rental car, we go slowly in the direction of cruise ship and enjoy the sail-away. Again, let's go to the Cape of good hope and marvel at the natural wonders now from the sea side.

This site uses Akismet to reduce spam. Learn how your comment data is processed.